im waiting for all the facts now

pete with the usc tactics 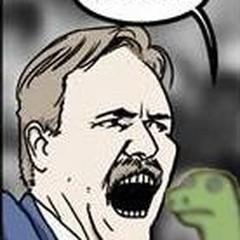 People on Twitter are saying Dunbar's friends paid the victim to write a letter saying he wasn't involved. Let's completely ignore the 6 other people with sworn statements saying he was bagging the stuff while Baker had the gun. This shit is hilarious that two NFL players fucked up their career for 70k of gambling losses.

On the other hand, there hasn’t been any decision yet on if or when Quinton Dunbar will turn himself in, per his attorney Michael Grieco. Baker's lawyer has urged the public not to rush to any judgment, but no other details have come to light after Baker allegedly "pointed a gun at [a witness]" and told a third assailant to shoot someone else. These are clearly accusations that could halt the careers of both Baker and Dunbar if declared accurate.

The Douglas County Sheriff's Office was called to the Zenith Meridian Apartments in Englewood, CO on a call of shots fired indoors. Latimer was taken into custody on charges of assault in the second degree, menacing, illegal discharge of a firearm, prohibited use of a weapon, and reckless endangerment. He's currently being held on a $25,000 bond. Given the charges, his place on Washington's roster is in doubt. 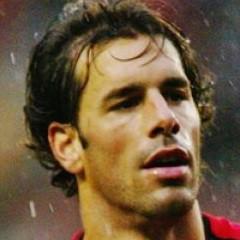 Must be the lockdown making people crazy /s

Dunbar is alleged to have participated in a premeditated armed robbery earlier this week with Giants CB DeAndre Baker. It's a serious offense if they're found guilty, although Dunbar's lawyer claims his client was not involved. In addition to potential jail time, the two defensive backs can face team and league discipline. Baker has also turned himself in to police. This story will likely not end anytime soon. The next step is Sunday's court appearance.

This is going to be a circus. Quinton Dunbar's lawyer insists he is innocent of his armed robbery charges.

According to Dunbar's lawyer, all five individuals initially tying him in with DeAndre Baker have "recanted their initial stories to police," saying Dunbar had "no part in an armed robbery." Dunbar's bond has been set at $100,000 as opposed to $200,000 for Baker.

Well actually it's interesting it's not clear if those people recanting on Dunbar are also doing so for Baker. I seriously doubt Baker/his lawyers are going o let Dunbar off the hook if he was involved. It doesn't help that the get-together was mostly with friends. Optics are turrible for both.

By The Frankman Go To PostWell actually it's interesting it's not clear if those people recanting on Dunbar are also doing so for Baker. I seriously doubt Baker/his lawyers are going o let Dunbar off the hook if he was involved. It doesn't help that the get-together was mostly with friends. Optics are turrible for both.

Whatever went down last week at the Miramar, Fla., house party happened in another room, and DeAndre Baker barely caught a glimpse of it.

Because he was playing “Madden.”

This is the latest defense of the Giants cornerback accused of serious crimes that, if he is found guilty, could destroy his NFL career.

“Far from an individual who’s going somewhere with an alleged intent to rob somebody, an armed robbery, to go there and hook up his ‘Madden’ game, play the game for over an hour and then leave it there and go home,’’ Patrick Patel, one of Baker’s attorneys, told The Post on Tuesday.

I quoted the whole thing because it needs to be

And, yes, they murdered him. Some may object to the characterization given the blunt, hard candor of the term, but there’s no other way that any fair-minded person can view the video of a police officer consistently and persistently burying his knee into the neck of a man who eventually died due to the restriction of oxygen resulting from the placement of that knee onto his neck.

The Minnesota Vikings have issued a statement regarding the murder of George Floyd.

“We are deeply saddened by the loss of life that occurred Monday evening just blocks from our stadium,” the team said Wednesday. “Everyone in our community deserves the right to feel protected and safe. Our thoughts are with the George Floyd family and all individuals who have been affected by this tragedy.”

Kudos to the Vikings for calling it what it was. Although the team stopped short of calling it a murder (which it was) the full extent of the statement makes clear the organization’s belief that a man who was alive on Monday should still be alive today and that, but for the actions of men who believe that badges give them the authority to brutalize citizens suspected of petty wrongdoing and who pose no obvious or apparent physical threat to the police officers or anyone, George Floyd would still be alive.

The video is clear. It’s unmistakable. There is nothing to be taken out of context or to be misconstrued. George Floyd had been disabled by the police officers, and yet they continued to apply extreme and unnecessary force that ultimately proved to be lethal.

How many examples of this kind of behavior must we witness before we collectively stand up and scream, “Enough!”?

This is precisely the type of misconduct that Colin Kaepernick peacefully protested, pointing out that too many police officers lack the training or the skills or the experience to understand the limits of their authority over American citizens who deserve, at a minimum, to not emerge from an encounter with law enforcement dead.

Making the incident even more chilling is the fact that it was captured on video, and that the officers knew it was being captured on video. If such brazen deeds will unfold when those perpetrating it are being recorded, what happens when there’s no risk of being held accountable by audio and visual evidence?

Every American, regardless of political beliefs or predispositions, should be horrified by what happened to George Floyd. The Declaration of Independence, the 244th anniversary of the signing of which we will commemorate in just a few weeks, stands for so much more than that.

We hold these truths to be self-evident, that all men are created equal, that they are endowed by their Creator with certain unalienable Rights, that among these are Life, Liberty and the pursuit of Happiness.

George Floyd was deprived of each of those three fundamental American rights, for no apparent reason. If this incident does not spark the kind of change for which Kaepernick sacrificed his career as an NFL quarterback, what will?

He did two things I'm actually shocked at: 1) he called it a murder, which I'm surprised he told it how it was 2) He tied that situation to Colin Kaepernick w/o bringing up the flag (which pisses me off because SO many reporters do it).