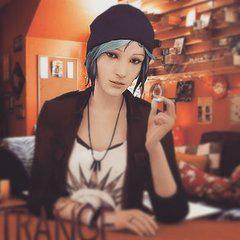 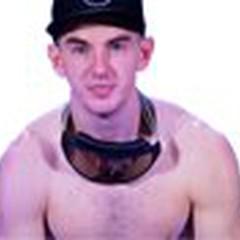 I’m so addicted to this game and these events are killing me. Trying to play catch up and I still haven’t beaten the game. Just realized I need more Nora trophies to upgrade Aloy’s bow. Then need a few more blossom tickets to finish off the palico set. Have enough to craft the high rank armor. And maybe finally after all that I can start the Mega Man quest and start finishing the story since I just got to Elder Recess. Did the siege last night. If you’re in the squad that breaks his horns you get around 10 tank 6-8 weapons.

I’ve been playing this game way too much. Just completed a mix of a Bazel/Rathalos set so hopefully I can take on the 3 elder dragons now. Can’t stop playing since I want to upgrade my wyvern ignition great sword already and get all the best armor.

And just noticed I only need 1 more elder dragon blood to upgrade it.

Edit: Just upgraded to the wyvern ignition impact and god damn this thing hits like a freight train. Also helps it looks insanely badass. Beats the hell out of the Jagras hacker I was using in looks alone.

Need to get to HR 16 so I can get that sweet Kulve Taroth set. Looks so good.

Good god the wyvern ignition impact is insane. I’m just wrecking monsters with no effort. PI just completed the quest to kill a Odogaron and Legiana. I was wildly charging and somehow I almost always hit Odagaron. Every time it stunned him and I was just chaining true charges like crazy lol. By MonadL Go To PostJust finished the main campaign. GOTY so far. Now time to get that sweet Kulve Taroth armor.

It's really good. I still have a few non-arena armor sets to finish off but not sure when I will get back to it.

80 hours later I finally beat the game. If anyone is ever up for a hunt my PSN is NeloIce. Loving using the wyvern GS and thinking once I get a handle on builds I’m gonna branch out and learn some other weapons. Leaning towards learning the hammer then lance next.

Not sure I can go back to the longsword after trying out the bow. Too much fun.

Sakura quest is up. It's an arena challenge and you can pick any of the 3 quests for the mats. Only reason there's 3 is so you can pick whatever weapon you want. Was pretty easy since it only requires 4 tickets and I forget how many tokens. Took me 2 tries with B ranks to get the tickets.

I'm glad it was an easy event quest so now I can focus on learning a new weapon. In this case I'm learning the charge blade with Dante's weapon and gear.

1. Ancient forest is a beautiful map with such shitty design, it's like a fucking maze sometimes.
2. I get that expeditions are meant to let you explore the map but why can't I do that without two monsters roaming around? MH 1/Freedom and MH2/Freedom Unite allowed you to do this.
3. What's the point of well-done steaks? You get many rations that you barely need them even if they give you a better stamina boost. Canteen + raw meat gives you rations instead of WDS unlike the old games where it gave you WDS which also was far better than the shitty ration in those games.
4. Even when you increase the font size the text is so small and the icons on the map are too small as well. This small text/UI that started from the PS3/360 era need to stop.

Having fun with the game though!

I'm basically waiting for new content to arrive on the PC version at this point. I only have tempered monsters (for ultra rare jewels) and gold crowns left to farm until Kulve Tarroth comes out.

looking throught the reddit for armor leaks. some of this looks hot.
Top