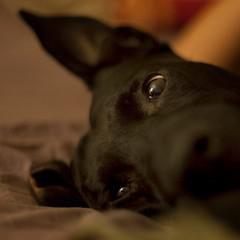 Your Creative Process: How Did You Do That? | Recreating Videogame Tracks 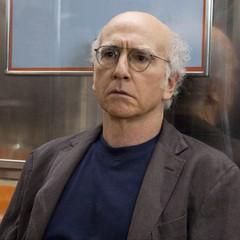 Slightly drunk right now as I'm on vacation(which means I made my wife sit in a bar and watch me write for five hours, because all cities are basically the same anyway) so I'll write up a proper post on Thursday/Friday when I'm finished. Still at the scene breakdown/making the characters work with the plot right now. Likely to make a few more major shifts in the construction of it, based off of my typical temperament. But, knowing someone is interested I'll put some real effort into mapping it out, including references to my favoured approaches for plot building. 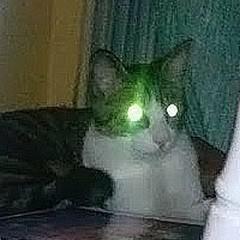 Looking forward to the thread. 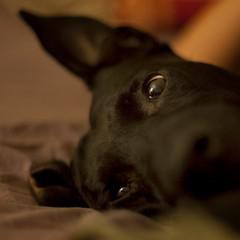 for you screenwriters and novelists out there.

an unproduced feature script has a .3 percent chance of being made in Hollywood. Short film ideas, on the other hand, can be made for significantly less money, increasing their chances of being produced.

But writing contained short films takes a very specific skill set. With a limited production and narrative scope, knowing how to write a short film starts with carefully curating your ideas.

That said, let’s dive into 30 ways to brainstorm short film ideas you can actually produce.

And I got caught up in another project as soon as I finished that short story. Want to post something here at some point , but freelance living is..hectic. Sending off a manuscript to publishers/agents in a week or two, so hopefully, there'll be time after that. 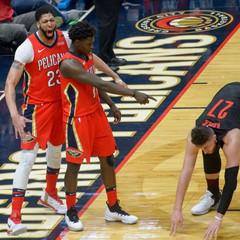 By Stolichnaya Go To PostAnd I got caught up in another project as soon as I finished that short story. Want to post something here at some point , but freelance living is..hectic. Sending off a manuscript to publishers/agents in a week or two, so hopefully, there'll be time after that.

Best of luck on the manuscript!

My recording sessions keep getting pushed back, but soon! By Kabro Go To Postfor you screenwriters and novelists out there.

I'll check this out after lunch.

So I found out that you can get a free Lynda account with a Library card. Going to start learning how to use DiVinci resolve today.

Yeah i found out about last week.
Such an awesome resource.
Link to LA wide libraries.
https://www.lapl.org/branches Anything in those libraries that could help you learn to draw feet? By Kabro Go To Postthis would be sensational. please do anything Final fantasy! <3

By Kibner Go To PostYeah, if you could give a general workflow to do that kind of thing, that would be amazing!

Alright, well I'm months late to this, but here's the gist of my process for recreating specific sounds, esp. from VGM. Keep in mind that this my personal workflow, so if you need to adjust specific parameters to better suit your MO (for example, I'm trying to be faithful and "inspired by", but not literally recreate sounds 1:1) go ahead. In this example, I'm recreating a synth specifically because, well, it can be synthesized with relative ease. On the flip side, pretty much all "real" instruments sans electric guitars and some percussion / wind instruments are either using sample libraries or are recorded specifically for that song.

Also, I've got synesthesia, so excuse some of the flowery descriptions - yes, I know a sound being "sugary" makes no sense, but it's still real to me, dammit.

So, the sound we're going to try and recreate is the lead theremin-sounding instrument from a Super Monkey Ball 2 track that kicks in around the 0:32 mark. I'm going to make a couple observations on the sound, and then recreate those observations in order:

- Arrangement. The sound is playing at a fairly high octave, which is helpful to know later.

- Waveform. Being a theremin or "whistle" type-sound, it's probably using a sine wave. Identifying the waveform first is generally the easiest way to go about recreating synths in my experience.

- Range. As far as the literal frequencies go - is it a high (treble) sound, low (bass) sound, mid sound, etc. - while it is a high octave, it's actually more than likely being run through a low-pass filter (only the lower bassy part comes through). That's how the "smoothness" of the sound is being achieved; even if you had a totally "smooth" waveform like a sine being played, in terms of raw synthesis you're going to get a more shrill or "tinny" sound associated with it. A good example is the flute from this Shinobi track, where there's a distinct, sharp "highness" to the sound that isn't present in the Monkey Ball track.

- As an aside, similarly to isolating / removing vocals from a track, it can sometimes be helpful to EQ an entire song to exclusively the range of the sound you're emulating provided stems outright aren't available. A risk with this method is that sounds with enough range can have some of their properties disappear as you take out more frequencies, though.

- Envelopes. Minus the low pass filter, there doesn't sound to be anything too crazy going on to recreate - there's a little bit of attack so the sound doesn't "pop in" at the start of each note, but that's about it.

- Format. Monkey Ball 2's soundtrack is being done by streaming audio files, rather than doing something like playing MIDI files through soundfonts or just using synthesis directly from a sound ship, like the Shinobi example above. Generally speaking, streaming audio had more of a performance cost, which is why it was common to use the MIDI method on handhelds and older consoles. Nowadays most music is just streamed directly, although lower-budget games like indies will often still use the MIDI method.

- Effects. While envelopes tend to directly modify properties of synthesis (attack, decay, sustain, release, etc.), I'm classifying effects in this case as being more of a "post-processing" sort of thing. Extrapolating off of Monkey Ball 2 streaming audio, we can gather that there probably aren't very many MIDI effects in play - elements like modulation, glide (smoothly transitioning in pitch from one note to another), compression, etc. are being handled via automation and synthesizer effects, rather than tying something like pitch-bending to musical data. The glide is the important part, in this case.

Now, to go through those steps on our end. As a warning, the sounds I'm using to demonstrate here have the original track panned to play in the left ear and the recreation to play in the right, so it might be a little disorienting and/or uncomfortable if you're not used to it.

- Recreating arrangement. If possible, especially with older games, it can help to pull existing MIDI from either online sources or just ripping the audio files directly provided they're using the soundfont method. If you're hearing an instrument in the same arrangement as the original, it'll be easier to emulate it more closely. Sites like VGMusic are super helpful for this, and we can pull the "Under the Ocean" MIDI from it in this case. Even so, note that sources like VGMusic aren't perfect because they're being transposed by ear and don't allow literal rips because emulation, so you may have to manually adjust some things if notes aren't lining up.

- Side note leading into waveforms: if you don't already have VSTs for it, u-he's Diva, Hive, and Zebra2 are all great synthesizers to start with because they have functionally unlimited trial periods, and they all work better in different situations. In this case, I'm using Hive's "initializer" preset (the one loaded in at startup) with the waveforms changed to sines and triangles.

- Recreating waveform. So, with minimal effects applied minus some basic equalization to prevent it from being ear-wrenching, here's what the basic waveforms in time with the music sound like. Now, going through this process, we can determine that the song isn't using a sine wave, but a triangle wave! The link above goes through a small part of the song - first with a sine, then a triangle. Afterwards, it goes end by itself -> end with sine -> end with triangle because it's a little more noticeable there, albeit the sine will probably sound more accurate until we apply the low pass filter below.

- Recreating range. Now with the low pass filter applied, it's subtle, but a little more evident. Like before, we go sine, then triangle. The harmonics - that undercurrent, slightly lower "nnnnnnn" sound to the main treble's "oooooooo" - has a little more oomph as the triangle compared to the sine.

- Recreating envelopes. This one is all triangle. Not a lot to say here - we up the attack (fade in per note) and release (fade out per note) a little bit to eliminate the "pop-in", but it makes a big difference.

- Recreating format. Not really applicable since we're not trying to get this ready for game hardware, so see below.

- Recreating effects. Again, all triangle. The main thing here is the addition of glide, which gives it more of that almost "slurring" or legato quality present in the original sound. There's some small tweaks here as well like slight compression and reverb, but at this point you have a faithful enough sound that you can start tinkering with it and adjust it as needed.

Does recreating the synth like this let it actually be used like a new instrument in whatever you are arranging? As in, you can easily have it play other licks than the one that you specifically recreated. Or does that require even more work on your end (assuming it's even possible)?

good stuff gravitygauntlet!
updated Title and OP with a direct link to your post.
let me know a better way to rename your work in the Title.

By Kibner Go To PostAww, yeah! That's the good stuff!

Does recreating the synth like this let it actually be used like a new instrument in whatever you are arranging? As in, you can easily have it play other licks than the one that you specifically recreated. Or does that require even more work on your end (assuming it's even possible)?

Yeah, you can. You don't actually need to do the original melody at all, but it generally makes it easier to recreate the feel of the instrument. For example, I'm working on a variant of the square lead from this cover (not mine). Then, here's my version, which goes through the original notes and then some.

Very nice! I'm being triggered from my high school band days where someone's sax needed to have its pads replaced to quiet all the thudding it made when the keys were pressed. lol

By Kibner Go To PostVery nice! I'm being triggered from my high school band days where someone's sax needed to have its pads replaced to quiet all the thudding it made when the keys were pressed. lol

Oh, yeah, the clicking or "pop-in" has to do with the ADSR settings, and in general is pretty common with doing synths in Diva. It's (relatively) easy to work around, though.

That is a very fine explanation, Gravity. I just started doing some recording for the first time after playing music my whole life. I can play a mean Wonderwall at a party, but I haven’t thought about sine waves since college math classes. Clearly there’s going to be a bit of a learning curve here, but your explanation was very helpful. I'm about to buy a router m8s. My woodworking is about to go to another level. From level 0 to 1.
Top